After seeing the gorgeous cover and the odd title, I knew I had to pick this one up.  The Smell of Other People’s Houses?  What’s that all about?

In Alaska, 1970, being a teenager here isn’t like being a teenager anywhere else. Ruth has a secret that she can’t hide forever. Dora wonders if she can ever truly escape where she comes from, even when good luck strikes. Alyce is trying to reconcile her desire to dance, with the life she’s always known on her family’s fishing boat. Hank and his brothers decide it’s safer to run away than to stay home—until one of them ends up in terrible danger.

Four very different lives are about to become entangled.

Told through the alternating perspectives of 4 Alaskan teenagers, The Smell of Other People’s Houses is one of those books with multiple story lines happening simultaneously.  Ruth has a secret, one that she is desperately trying to hide from her ultra conservative Catholic grandmother whom she lives with.  Dora finds herself staying with friends to escape from her toxic parents.  Alyce spends her summers helping her father on his fishing boat, but longs to further her dance career instead.  Hank is on the run with two brothers in tow to get away from a bad situation at home.  It isn’t clear at first how the stories are going to intersect, but little by little we make little connections between the characters until the end when everything comes together.

I know people have tagged this as historical fiction based on the setting, but it’s definitely more of a YA contemporary.   This isn’t necessarily a criticism, just that people shouldn’t really expect much historical context.  It is more about the characters, their relationships, and their journeys, hence contemporary.

One of the best aspects of this book, in my opinion, would be the portrayal of Alaska living.  It all felt very authentic, which isn’t a big surprise as the author was born and raised in Alaska herself.   Growing up in general is hard, but we discover that growing up in Alaska has its own specific set of challenges and hurdles: harsh climate, economic hardship, travel limitations, reliance of hunting & fishing for food and livelihood, small population living in close proximity etc etc.  The author’s portrayal of living in Alaska felt very much like “small town” living where everyone knows everyone, thus they all know everything about each other.   Secrets don’t stay secrets for long in a place like this.

The Smell of Other People’s Houses is definitely not a “fluffy” YA contemporary.   This book touches upon so many heavy topics like poverty, abuse, alcoholism, and teen pregnancy.   This is very much a coming of age story where each character must overcome their own personal struggles.  There is also almost zero romance in this book, which suited me just fine, but if you like your YA contemporary packed full of love, you are not going to find it here.  This book focuses more on other types of relationships: friendships, sibling relationships, parent relationships, grandparent relationships, etc.

I was surprised to learn that The Smell of Other People’s Houses was a debut novel from Bonnie-Sue Hitchcock.   Her writing felt very developed and beautiful.  It truly was a sensory experience.  This book is not the typical fast paced & action packed YA.  Since it is more of a character driven story, the pacing is on the slower side.  I felt that the writing and the pacing of the novel complimented each other nicely. 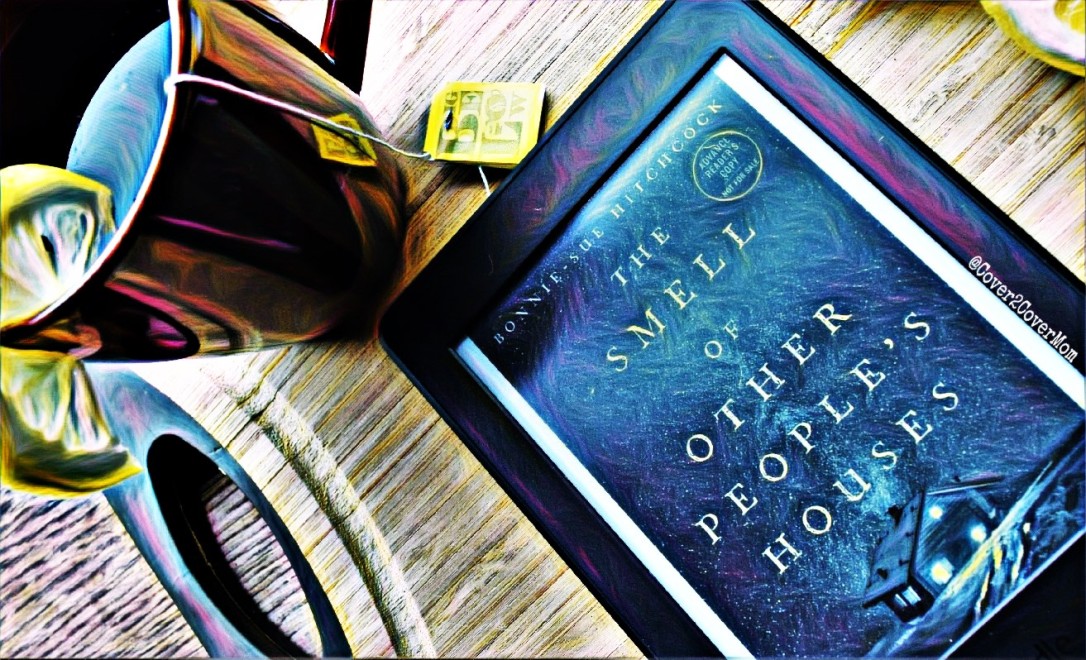 Because it is such a short book, coming in at 240 pages, The Smell of Other People’s Houses almost felt like a short story.  My biggest critique would be that I wish the author would have taken 100 more pages and expanded this story.  Since we had 4 converging story lines with so many heavy topics, the shortness of the book contributed to the book feeling a little “busy” at times.  Again, just extending the book and expanding upon the different stories and themes would have helped make the book not feel so chaotic.

I also would have liked to see more historical context in this book.   The Smell of Other People’s Houses is set in Alaska in the 1970s, BUT I often found that it didn’t always FEEL like the 70s… While this book touches upon some of the resistance of the native people regarding the annexation of Alaska by the United States, it really isn’t a big part of this book.  I really wish the author would have gone into a little more depth in this topic as I feel it would have enhanced the story line.  I, like most U.S. citizens I’m sure, never really thought about the native people of Alaska being opposed to Alaska becoming a state… I would love to read more about how becoming a state affected the native people.  More historical context would have given this book that little extra “umph” I felt it was lacking.

Despite a few shortcomings, this is a very solid debut YA novel by an author that I am sure will have a promising career.  I know I personally will read more of her work, and look forward to what she puts out next.

Big thanks to Random House Kids for providing me with a copy of this book via NetGalley in exchange for an honest review. 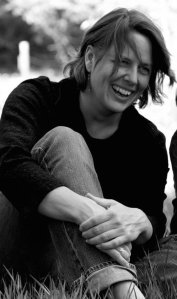 onnie-Sue Hitchcock was born and raised in Alaska. She worked many years fishing commercially with her family and as a reporter for Alaska Public Radio stations around the state. She was also the host and producer of “Independent Native News,” a daily newscast produced in Fairbanks, focusing on Alaska Natives, American Indians, and Canada’s First Nations. Her writing is inspired by her family’s four generations in Alaska.

31 thoughts on “Book Review: The Smell of Other People’s Houses by Bonnie-Sue Hitchcock”