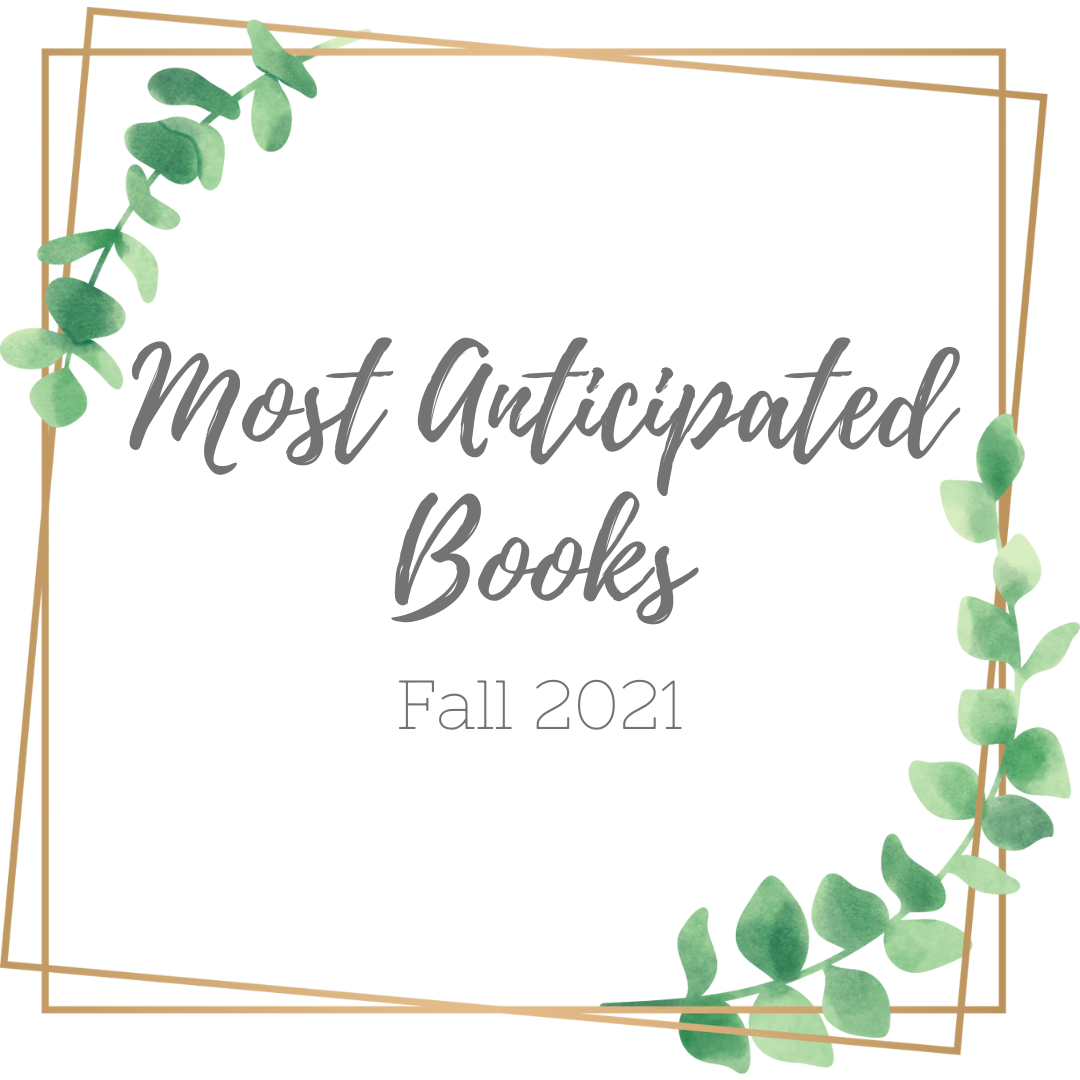 Today I am sharing a few of my most anticipated books releasing this Fall.  Not that I’ll actually get to read any of them because I am taking 3 classes Fall semester, but a bookworm can dream 🙂 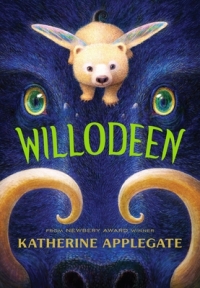 The earth is old and we are not, and that is all you must remember . .
Eleven-year-old Willodeen adores creatures of all kinds, but her favorites are the most unlovable beasts in the land: strange beasts known as “screechers.” The villagers of Perchance call them pests, even monsters, but Willodeen believes the animals serve a vital role in the complicated web of nature.

Lately, though, nature has seemed angry indeed. Perchance has been cursed with fires and mudslides, droughts and fevers, and even the annual migration of hummingbears, a source of local pride and income, has dwindled. For as long as anyone can remember, the tiny animals have overwintered in shimmering bubble nests perched atop blue willow trees, drawing tourists from far and wide. This year, however, not a single hummingbear has returned to Perchance, and no one knows why.

When a handmade birthday gift brings unexpected magic to Willodeen and her new friend, Connor, she’s determined to speak up for the animals she loves, and perhaps even uncover the answer to the mystery of the missing hummingbears.

A timely and timeless tale about our fragile earth, and one girl’s fierce determination to make a difference.

Katherine Applegate is one of my favorite middle grade authors, so I am excited for her newest release. She has an amazing ability to tackle real-world issues in such a heartfelt way.  From the book description, it appears that Applegate is tackling environmental issues in Willodeen.

Under the Whispering Door by T.J. Klune 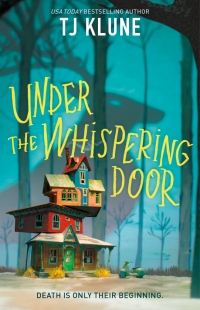 When a reaper comes to collect Wallace Price from his own funeral, Wallace suspects he really might be dead. Instead of leading him directly to the afterlife, the reaper takes him to a small village. On the outskirts, off the path through the woods, tucked between mountains, is a particular tea shop, run by a man named Hugo. Hugo is the tea shop’s owner to locals and the ferryman to souls who need to cross over. But Wallace isn’t ready to abandon the life he barely lived. With Hugo’s help he finally starts to learn about all the things he missed in life. When the Manager, a curious and powerful being, arrives at the tea shop and gives Wallace one week to cross over, Wallace sets about living a lifetime in seven days. By turns heartwarming and heartbreaking, this absorbing tale of grief and hope is told with TJ Klune’s signature warmth, humor, and extraordinary empathy.

The House in the Cerulean Sea was one of my favorite books of 2020, so of course I am beyond excited to read his next book.

The Last Graduate (The Scholomance #2) by Naomi Novik 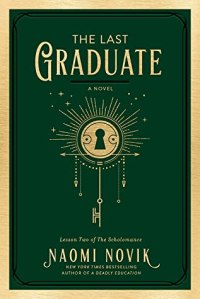 At the Scholomance, El, Orion, and the other students are faced with their final year—and the looming specter of graduation, a deadly ritual that leaves few students alive in its wake. El is determined that her chosen group will survive, but it is a prospect that is looking harder by the day as the savagery of the school ramps up. Until El realizes that sometimes winning the game means throwing out all the rules . .

A Deadly Education is my favorite book of 2021 thus far and I CAN’T WAIT for this second installment.

Daughter of the Deep by Rick Riordan 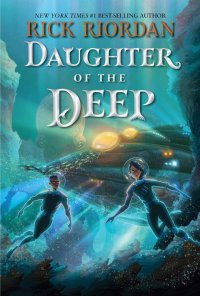 Ana Dakkar is a freshman at Harding-Pencroft Academy, a five-year high school that graduates the best marine scientists, naval warriors, navigators, and underwater explorers in the world. Ana’s parents died while on a scientific expedition two years ago, and the only family’s she’s got left is her older brother, Dev, also a student at HP. Ana’s freshman year culminates with the class’s weekend trial at sea, the details of which have been kept secret. She only hopes she has what it’ll take to succeed. All her worries are blown out of the water when, on the bus ride to the ship, Ana and her schoolmates witness a terrible tragedy that will change the trajectory of their lives. But wait, there’s more. The professor accompanying them informs Ana that their rival school, Land Institute, and Harding-Pencroft have been fighting a cold war for a hundred and fifty years. Now that cold war has been turned up to a full broil, and the freshman are in danger of becoming fish food. In a race against deadly enemies, Ana will make amazing friends and astounding discoveries about her heritage as she puts her leadership skills to the test for the first time.

Wish You Were Here by Jodi Picoult 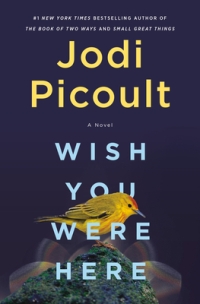 Diana O’Toole is perfectly on track. She will be married by thirty, done having kids by thirty-five, and move out to the New York City suburbs, all while climbing the professional ladder in the cutthroat art auction world. She’s not engaged just yet, but she knows her boyfriend, Finn, a surgical resident, is about to propose on their romantic getaway to the Galápagos—days before her thirtieth birthday. Right on time. But then a virus that felt worlds away has appeared in the city, and on the eve of their departure, Finn breaks the news: It’s all hands on deck at the hospital. He has to stay behind. You should still go, he assures her, since it would be a shame for all of their nonrefundable trip to go to waste. And so, reluctantly, she goes. Almost immediately, Diana’s dream vacation goes awry. The whole island is now under quarantine, and she is stranded until the borders reopen. Completely isolated, she must venture beyond her comfort zone. Slowly, she carves out a connection with a local family when a teenager with a secret opens up to Diana, despite her father’s suspicion of outsiders. Diana finds herself examining her relationships, her choices, and herself—and wondering if when she goes home, she too will have evolved into someone completely different. 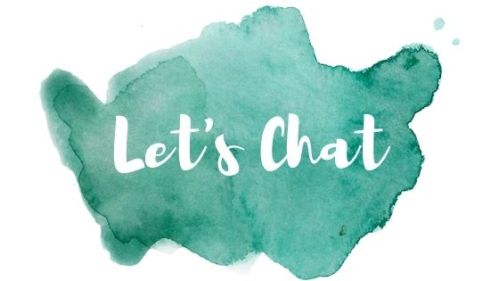 Which Fall 2021 releases are you looking forward to reading? 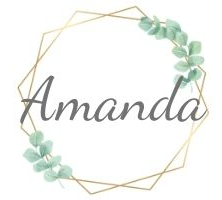 1 thought on “Most Anticipated Books Fall 2021”