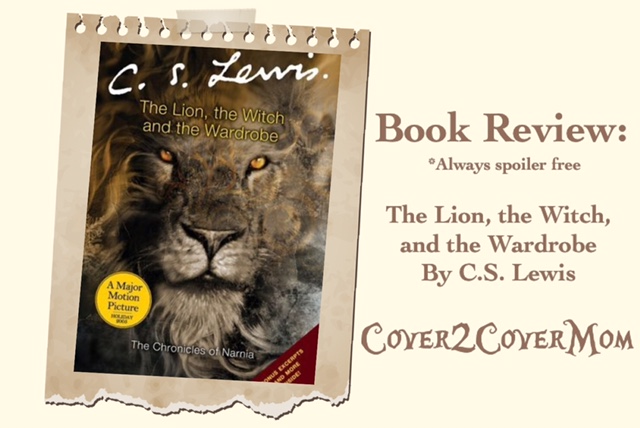 Does anyone have a time machine laying around?  If so, I would like to borrow it to travel back into time and make my 11 year old self read this book.

‘They say Aslan is on the move. Perhaps he has already landed,’ whispered the Beaver. Edmund felt a sensation of mysterious horror. Peter felt brave and adventurous. Susan felt as if some delightful strain of music had just floated by. And Lucy got that feeling when you realize it’s the beginning of summer. So, deep in the bewitched land of Narnia, the adventure begins.

They opened a door and entered a world–Narnia–the land beyond the wardrobe, the secret country known only to Peter, Susan, Edmund, and Lucy. Lucy is the first to stumble through the back of the enormous wardrobe in the professor’s mysterious old country house, discovering the magic world beyond. At first, no one believes her. But soon Edmund, Peter and Susan, too, discover the magic and meet Aslan, the Great Lion, for themselves. And in the blink of an eye, they are changed forever.

This was my first time experiencing C.S. Lewis in its written form, and that is just what it was, an experience. Of course I knew this story growing up from the 1979 cartoon version, then later in the 2005 movie adaptation, but there is just something magical about this book.  It isn’t often that I get a feelings that mirrored those I felt the first time I read the Harry Potter series, but that is just what The Lion, the Witch, and the Wardrobe did.  This book took me back to when I was 11 years old staying up way past my bedtime to read Harry Potter and the Sorcerer’s Stone.  I wish I could go back in time and throw this book at my 11 year old self…I feel like I really missed out with this one by not reading it as a kid.   Not that I didn’t appreciate this book as an adult, but there is just something about experiencing books like this through a child’s eyes.

The Lion, the Witch, and the Wardrobe is such a versatile book.  It can appeal to such a wide range of readers: from middle grade up to adult.  There is something for everyone: an enchanting world, magic, action, adventure, mythical creatures, an evil witch, and a talking lion.  Not only that, but this book has such timeless themes like good vs. evil, friendship, sibling bonds,  courage, love, hope, forgiveness, etc.  The list goes on and on.

Yet again I have read another book with some wonderful symbolism that I didn’t pick up on as I was reading it.  It was so much easier to pick up symbolism in books when I was in school and the teacher would basically point everything out to me.   Generally after I read a classic, I look up the analysis of the plot, characters, themes, and symbols,  to make sure I didn’t miss anything… which I am ashamed to admit is often times the case.  Apparently, The Lion, the Witch, and the Wardrobe draws many parallels to Christianity.  For example: Aslan = Jesus, White Witch = Satin, Edmund = Judas, Turkish delights = temptation, etc.   The biblical symbolism was basically right in front of my face and I didn’t pick it up… what makes this worse is the fact that I went to catholic schools from K-12th grade.  I know a few nuns who are probably rolling in their graves right now.

What I loved the most about this book was the way C.S. Lewis chose to tell the story TO the reader.  It truly felt like I was a part of the story. Like it was being told to me by an old friend. If you are looking for a book to read with your kids, I cannot recommend this book more. What a perfect book to read during the holidays.  I mean, the big man himself (Santa) even makes an appearance in this book.  Can we say stocking stuffer? ((Hint Hint))

I chose to listen to this book via audiobook, and I could not be happier with my decision.   The audiobook version won the Publisher’s Weekly Listen Up Award and I can definitely see why.  It is beautifully narrated by Michael York who has a smooth voice and a lovely British accent to boot.  Michael has now earned a spot as one of my favorite audiobook narrators.

»  A Wrinkle in Time by Madeleine L’Engle

» The Golden Compass by Philip Pullman 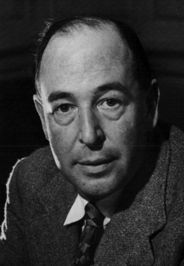 CLIVE STAPLES LEWIS (1898–1963) was one of the intellectual giants of the twentieth century and arguably one of the most influential writers of his day. He was a Fellow and Tutor in English Literature at Oxford University until 1954. He was unanimously elected to the Chair of Medieval and Renaissance Literature at Cambridge University, a position he held until his retirement. He wrote more than thirty books, allowing him to reach a vast audience, and his works continue to attract thousands of new readers every year. His most distinguished and popular accomplishments include Mere Christianity, Out of the Silent Planet, The Great Divorce, The Screwtape Letters, and the universally acknowledged classics The Chronicles of Narnia. To date, the Narnia books have sold over 100 million copies and been transformed into three major motion pictures.

34 thoughts on “Kids’ Corner: Book Review of The Lion, the Witch, and the Wardrobe (The Chronicles of Narnia) by C.S. Lewis”