*Books included in this batch of mini book reviews: Normal People by Sally Rooney, The Nickle Boys by Colson Whitehead,  How to Stop Time by Matt Haig, and The Book Worm of Troublesome Creek by Kim Michele Richardson 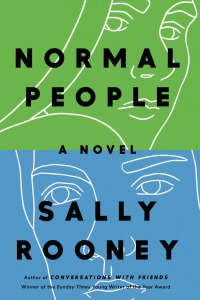 Normal People is about two characters, Connell & Marianne, and their evolving relationship as they grow from adolescence into adulthood.

Normal People is one of those books that you don’t necessarily enjoy while reading, but it is a compulsive type of read.  Despite the fact that I didn’t necessarily enjoy reading this, I flew through it in one evening and the following morning.  I just had to know how the story was going to pan out.  Normal People is a very interesting look at themes like mental illness, insecurity, toxic relationships, abuse, the importance of communication, coming of age, identity, etc.

Normal People is very much a character driven novel.  It is an in depth look at relationships, and how insecurities and lack of communication can stand in the way of two people who truly love each other.  These characters will frustrate you, baffle you, and make you want to knock some sense into them.  Despite the fact that Connell & Marianne are not really likable characters, I can say that they feel very real.

This was my first experience with Sally Rooney’s writing.  Rooney’s writing was very quiet & understated, which suited the tone of the story well.  I must forewarn you, Rooney does not use quotation marks around dialogue, which can be a bit of an adjustment on the reader’s part.  I did find it challenging at times to decipher where the dialogue started and stopped, but this eased as I adapted to the writing style. Another thing I noticed about Rooney’s writing was that she left certain aspects of the story up to the reader’s interpretation.  Some may say that these were plot holes or unresolved portions of the book, however I feel it was intentional on Rooney’s part.

I found the tone throughout Normal People to be very foreboding.   If you enjoy tragic stories like Wuthering Heights that are more on the dismal side, I’d give this book a go.  However, if you enjoy lighthearted reads with happy endings, Normal People is not going to be the book for you.  This book also had a few similar elements to A Walk to Remember, but without the happy parts.

Even though Connell & Marianne start out as teenagers in this book, I would not classify Normal People as young adult.  The intended audience is more in the new adult to adult range.

» The Nickle Boys by Colson Whitehead 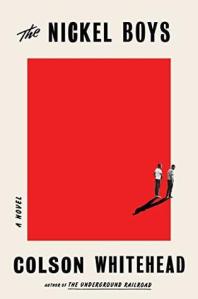 The Nickel Boys is a fictionalized account of the abuse and misconduct of the Dozier Reform School in Florida.  Set in the 1960s, The Nickel Boys follows a promising boy named Elwood.  Elwood is sentenced to The Nickel Academy after he innocently accepts a ride from a stranger, and that ride results in dire consequences.  Now he finds himself in a hostile environment and must survive the atrocities that occur within the walls of Nickel.

Whitehead tells Elwood’s story in two different timelines, one in the past that includes the lead up to Elwood’s sentencing and details his traumatic experience at Nickel, the other timeline occurs in a modern day setting where we see the lasting effects of the abuse Elwood suffered.  At first, I was not sure about the dual timeline structure for this story, however it all becomes clear at the end why Whitehead chose to tell this story this way.   This structure ended up complimenting the story well.

After reading the description, I was anticipating a plot driven story, however The Nickel Boys is more of a character driven novel.  At the core, The Nickel Boys is about Elwood’s struggle to stay true to his convictions based of the teachings of Martin Luther King Jr, that there is good in the world, despite his current horrific situation.   Elwood’s ideals are challenged numerous times throughout the novel, but he always remained hopeful.

To be completely honest, I was a bit underwhelmed with this story.  I read Colson Whitehead’s previous book, The Underground Railroad, and was blown away with his portrayal of slavery and the plight of the runaway slave.  The Underground Railroad was raw, brutal, and uncensored, which is what I was expecting here in The Nickel Boys.  This story felt watered down in comparison.  Instead of showing the reader the abuse these boys suffered, it is implied.  While I do not think a book needs to be overly graphic to get the point across, I think Whitehead did the story an injustice by just glossing over the scenes of abuse.

I was set to give The Nickle Boys 3 stars, but I was blown away at that plot twist!  I was caught me completely off guard, and it redeemed this book for me.  Bravo Whitehead!

I appreciate when authors bring lesser known history to light, especially horrific history such as this.  It is important for these types of stories to not be brushed under the rug or forgotten.  After reading books like this that are rooted in history, I am always motivated to do some research of my own.  I was horrified by everything I read about The Dozier School of Boys and the ongoing investigations.

» How to Stop Time by Matt Haig

How to Stop Time is about a man named Tom.  Now Tom looks like your average 40-something man… except he is over 400 years old.  Tom doesn’t age like a typical person, but rather ages 1 year after every 15 years that go by.  In order to survive, Tom reluctantly joins a secret society of individuals that also share his condition.  Every few years Tom starts over as someone new in a new place.  After centuries of loneliness, Tom yearns for something more, but can he have more without blowing his cover and bringing down the wrath of the society?

I loved the concept of individuals that age at a very decelerated rate, thus live hundreds of years.  How to Stop Time includes themes like aging, mortality, time, love, memory, grief, and loneliness.  This books brings about the though provoking question: is living “forever” worth it if you can’t have lasting relationships?

How to Stop Time follows Tom in his present life he is living in London, while jumping back into time as Tom is flooded with memories from his past.  The story line occurring in the past is not linear, which was a bit confusing at first, but didn’t take long to overcome.  This structure actually suited the story well.  You know that feeling when something jogs a memory that takes you back to another time & place?  This is how we experience the story and we slowly get to know Tom in bits and pieces as he reminisces about his life.

Despite the fact that the premise for How to Stop Time was interesting, unfortunately the execution of this story was off.  There were so many plot holes & underdeveloped portions of the plot: the secret society aspect, the love story, Tom’s daughter, etc.   Basically there were many different subplots thrown in but they were never fully explored.

How to Stop Time felt like an attempted mash up between The Time Traveler’s Wife with Tuck Everlasting, but didn’t generate the same level of attachment to the characters or emotional reaction that those books did.  I’d also like to note that the synopsis is very misleading.  From the synopsis you are lead to believe that How to Stop Time is going to be a beautiful love story, but this is not the case at all.  If you are anticipating a romance, you are not going to find it here.

Haig’s writing can be very dense at times.  It felt almost as if Haig was trying too hard to be philosophical, which made the writing feel forced.  This isn’t to say it was bad by any means, but that it didn’t feel natural to me.

By the end, I must admit that I was skimming.  While I think the concept for How to Stop Time was interesting & thought provoking, the plot was lacking & full of inconsistencies.

» The Book Worm of Troublesome Creek by Kim Michele Richardson

The Book Woman of Troublesome Creek is a historical fiction set in the 1930s in the hills of Kentucky.   We follow Cussy Carter, a legendary blue person of Kentucky.  Not only does she face discrimination due to her gender, but also her skin color.   Cussy is a tenacious young woman who loves her job as a pack horse librarian.  It’s Cussy’s job to deliver books and other reading material to her fellow neighbors on her dangerous route across Kentucky’s unforgiving mountains.

The Book Woman of Troublesome Creek is what I refer to as a “bookworm’s delight.”  I admit it, I am a sucker for any book that centers around a reader, books, libraries, bookstores, etc.  How could I NOT love a book about a pack horse librarian that braves the unforgiving land to deliver books to impoverished families?  Be still my heart!   I remember first hearing about pack horse librarians a few years back after an article circulated on Facebook.  I was tagged multiple times by friends and family in the article, which just goes to show you I am known for being a crazy book lady 🙂  Had I lived in Kentucky back in 30s & 40s, I would have definitely applied to become a pack horse librarian!  In fact, I’d totally deliver books via horseback today!  You can read more about pack horse librarians here ⇒ Horse-Riding Librarians Were the Great Depression’s Bookmobiles

Despite her terrible name, Cussy was a lovely main character.   Cussy is extremely passionate about promoting literacy to those that do not have access to books, so of course I adored her for that reason alone.  I think Cussy was a very realistic feeling character because despite her strength and determination in her role as a pack horse librarian, she is insecure about the color of her skin.  I enjoyed watching Cussy’s growth and character development over the course of the book.

If you enjoy historical fiction where the author really focuses on setting the scene and taking you back in time, I’d definitely recommend this book!  However, if you do not enjoy extremely descriptive writing, this might not be your cup of tea.  Richardson pays close attention to the smallest of details, even the mundane.  I could definitely see where her writing would not be for everyone.

My only criticism of this book was that it did feel a little unbalanced.  Cussy experiences one tragedy after another in this story line, which bogged the plot down.  There needed to be more lighter hearted moments to break this up.  It felt like Richardson was throwing Cussy one curve ball after another for the sake of moving the plot along.