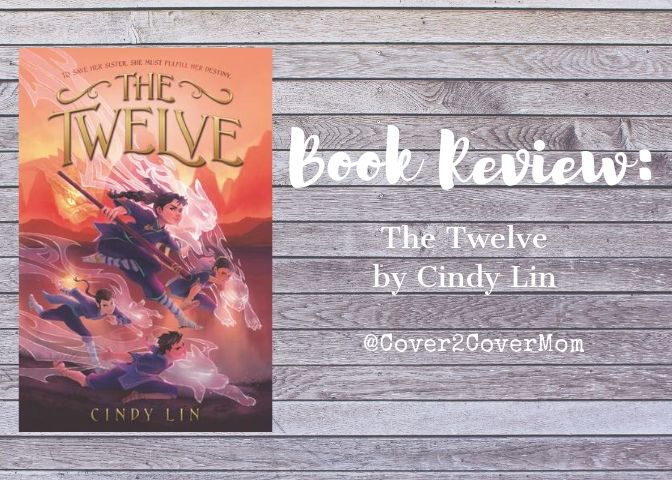 Today I am back to share a book review for The Twelve by Cindy Lin, a new middle grade fantasy duology inspired by the Chinese zodiac…

Usagi can hear a squirrel’s heartbeat from a mile away and soar over treetops in one giant leap. She was born in the year of the wood rabbit, and it’s given her extraordinary zodiac gifts. But ever since the mysterious, vicious Dragonlord hunted down her parents and all those with zodiac powers, Usagi has been very careful to keep hers—and those of her rambunctious little sister, Uma—a secret.

But when Uma grows too bold with her powers, she is captured by the Dragonguard. Usagi barely escapes, and does so only with the help of the mysterious Heirs of the Twelve, a mystical group of skilled warriors who once protected the land.

As new mysteries unfold, Usagi must decide who she stands with and who she trusts, as she takes on deadly foes on her path to the elusive, dangerous Dragonlord himself.

I received this book after winning a Goodreads giveaway for the first time since joining Goodreads in 2014!  I did a little happy dance when I received my email that I was one of the lucky winners selected to receive an ARC of The Twelve.  I am a complete sucker for any type of Asian inspired fantasy, especially within the middle grade audience.

The Twelve is about 12-year-old Usagi who must rescue her little sister after being captured by the Dragonlord.  Along the journey Usagi meets a group of warriors that take her under their wing and help her in her quest to save her sister.

We see many of the same elements we see in a typical MG fantasy book, but with a few new twists & turns.  The Twelve includes themes like friendship, justice, perseverance, and bravery.

What The Twelve really had going for it was that it included such a unique magic system of Zodiac powers & elemental powers.  The idea behind the magic system is that select individuals are born with powers based on what year in the Chinese Zodiac calendar that are born in.  For example, Usagi, our main characters, was born the year of the rabbit, thus she has enhanced hearing & leaping abilities.  There are also some of these individuals that have additional abilities that revolve around the elements.

I really enjoyed watching Usagi’s growth over the course of the book.  I appreciated that Usagi was very much a novice when it came to her powers at the beginning of her book.  Watching Usagi train to cultivate and grow into her powers was a delight.  I also appreciated the Usagi felt age appropriate for a 12-year-old.  I cannot stress how big of a pet peeve it is when I read a MG book where the main character feels more like an adult.

One of the reasons I enjoy reading middle grade is the focus on friendship.  Not only do we have an established friendship in Usagi and Tora, but we also get lots of new friendships between Usagi and the Heirs.  Another focus in MG books tends to be on family relationships & dynamics.  While Uma, Usagi’s little sister, is not present for the majority of this book, the relationship between them is a big part of the book and drives Uma forward in all of her decisions.  I must say that Usagi & Uma’s relationship is definitely more complicated and complex then it originally appears.  I look forward to seeing more about their relationship in the next boook.

The majority of The Twelve was a slow build up.  There was lots of world building going on, which I appreciate, BUT it was a bit too slow paced for my liking.  I will say that the final 100 pages where we hit the climax & resolution of the book were excellent and made up for the slow start.  I was pleasantly surprised with how things panned out in the end, which diverted from the cliche path that I thought we were heading towards.

If you are looking for books to bridge the gap between middle grade books and young adult books, The Twelve would be a good fit.  I would classify this book to be on the older side of the middle grade audience, probably the 9 – 12 year-old range.  This isn’t because of the content, but rather the writing is a bit more dense & advanced then a MG book targeted to a younger audience.

Overall, I think The Twelve is a solid first book in a middle grade fantasy duology.  Since this book was all about setting up the world & story, I have high expectations that the conclusion will be much more quick paced & action packed.

*Big thanks to Goodreads for hosting a giveaway of this book! 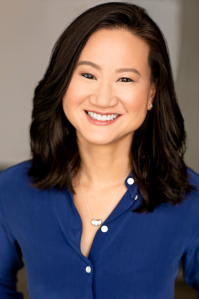 A former journalist with degrees from the University of Pennsylvania and Columbia University, Cindy Lin has worked for Sony Pictures Entertainment and has written and produced many multimedia news features for children, one of which received a Peabody Award. The Twelve is her debut novel.

Do you read Middle Grade Fantasy? If so, will you add The Twelve to your TBR?

3 thoughts on “Book Review: The Twelve by Cindy Lin”