I’m back again today to share another book event I had the pleasure of attending while I was on my hiatus.

All the way back on September 26th (yes, I do realize how long ago that was), I attended Leigh Bardugo’s book tour for her most recent release, The Language of Thorns: Midnight Tales and Dangerous Magic…

As per usual with many of the events I attend, this event was held at the Joseph-Beth Booksellers in Cincinnati, Ohio.  Shout out to them for holding so many AWESOME author/book events!

To answer the question that everyone wants to know: yes, Leigh Bardugo is just as awesome in person as she seems to be.  AND her hair is totally fabulous 🙂  I’m going to share a few details I learned from listening to Leigh speak…

» Leigh was inspired to write The Language of Thorns after wanting to explore those “moments of unease” she had while reading the classic fairy tales.

» On a bad day, her writing process looks like “a lot of crying & Netflix.”

» Crooked Kingdom was the hardest book to write.

» Leigh is an outliner.  She starts with a 2 sentence book description, then comes up with about 12 plot points, then develops a more elaborate outline, and finally writes the first draft. 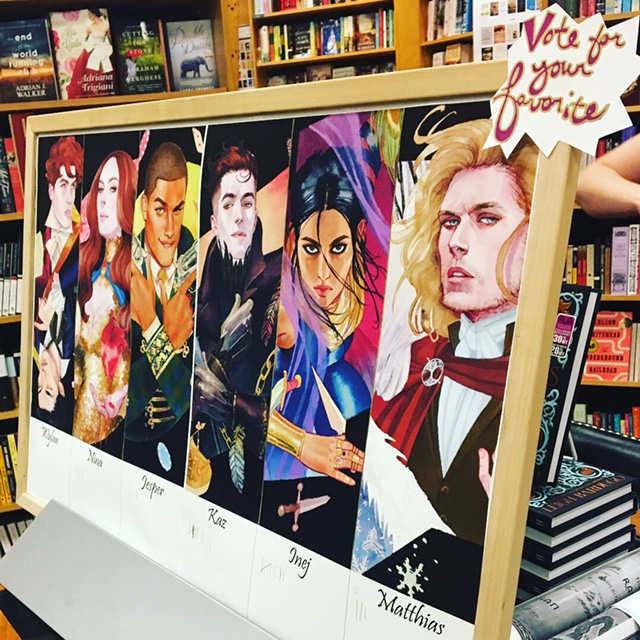 » The worst thing about being a writer (for her) is deadlines.

» When she started Shadow and Bone in 2009, her only goal was to finish a book.  She never anticipated the outcome.

» If every character from all of her books were in a fight-to-the-death scenario, Leigh feels that Inej (from Six of Crows) would be the last character standing.

» Her next series, Ninth House, is going to be a dark fantasy about secret sororities at Yale.

» Her best writing advice is to finish the draft and to continue to make art even if you do not receive the feedback you want.

» Leigh has been writing since she was a child.

» Book Recs: Shadowshaper & Shadowhouse Fall by Daniel José Older – great for fans of Six of Crows – and The Cruel Prince (January 2018) by Holly Black – she hasn’t connected with a story like this in a long time. 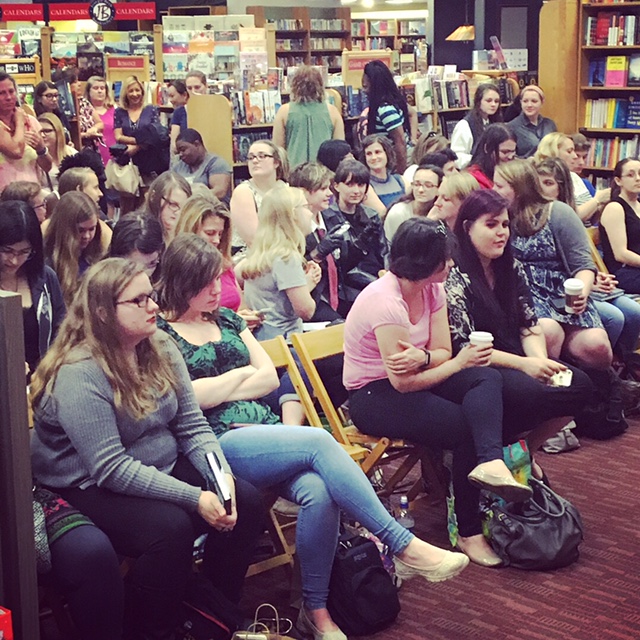 » When writing, the characters come first, then the world building.

» When writing Kaz’s character, it was very important to her to show that a disability isn’t something to “get over” and that it isn’t the only thing about that character.

» Book Rec of a book with a character with a disability = The Thief by Megan Whalen Turner.

» She feels Six of Crows would be better adapted to TV versus the big screen.

Travel to a world of dark bargains struck by moonlight, of haunted towns and hungry woods, of talking beasts and gingerbread golems, where a young mermaid’s voice can summon deadly storms and where a river might do a lovestruck boy’s bidding but only for a terrible price.

Perfect for new readers and dedicated fans, these tales will transport you to lands both familiar and strange—to a fully realized world of dangerous magic that millions have visited through the novels of the Grishaverse.

This collection of six stories includes three brand-new tales, all of them lavishly illustrated with art that changes with each turn of the page, culminating in six stunning full-spread illustrations as rich in detail as the stories themselves.

Leigh Bardugo is a #1 New York Times bestselling author of fantasy novels and the creator of the Grishaverse. With over one million copies sold, her Grishaverse spans the Shadow and Bone Trilogy, the Six of Crows Duology, and The Language of Thorns— with more to come. Her short stories can be found in multiple anthologies, including The Best of Tor.com and the Best American Science Fiction & Fantasy. Her other works include Wonder Woman: Warbringer, and the forthcoming Ninth House. Leigh was born in Jerusalem, grew up in Southern California, graduated from Yale University, and has worked in advertising, journalism, and even makeup and special effects. These days, she lives and writes in Los Angeles, where she can occasionally be heard singing with her band.

Have you read any of Leigh Bardugo’s books?  If so, what did you think?

18 thoughts on “Book Event: The Language of Thorns by Leigh Bardugo Book Tour”