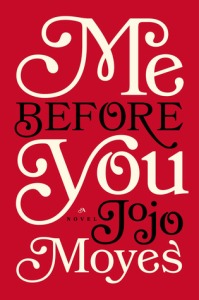 Series: Me Before You #1

Lou Clark knows lots of things. She knows how many footsteps there are between the bus stop and home. She knows she likes working in The Buttered Bun tea shop and she knows she might not love her boyfriend Patrick.

What Lou doesn’t know is she’s about to lose her job or that knowing what’s coming is what keeps her sane.

Will Traynor knows his motorcycle accident took away his desire to live. He knows everything feels very small and rather joyless now and he knows exactly how he’s going to put a stop to that.

What Will doesn’t know is that Lou is about to burst into his world in a riot of colour. And neither of them knows they’re going to change the other for all time.

After all the hype surrounding this book, I really couldn’t take it anymore.  I HAD to read it.  Actually, once I saw the trailer for the movie adaptation, it was all over.  I immediately got online and ordered the book from Amazon.  I have zero regrets.  If I had to sum up this reading experience in 3 words, they would be: worth the hype.

I loved everything about this book.  I loved the characters, the plot, the life lessons, the emotions it made me feel… everything!  I even loved how un-British it made me feel when I had to look up phrases like “wants to get his leg over” and “tearing a strip off”.  Am I the only person who had to do this?  I obviously need to brush up on my British slang…

Let’s start with the characters.  Lou is such a wonderful leading lady.  She is quirky, clever, charming, and all around lovable.   Best of all, she isn’t afraid to be herself and could care less what people think of her.  Lou isn’t without her flaws though, she has a tendency to be a doormat and let everyone, including her family, walk all over her.  Will.  What an amazingly complex character.  Throughout the book, I struggled to understand Will’s motives, however by the end of the book everything became clear.  With his dark humor and quick wit, Will kept me entertained throughout the entire book.

Before Lou stumbles into Will’s life, Will has lost his desire to live.  After suffering a devastating spinal cord injury, Will cannot accept the reality of his new life as a quadriplegic.  Before Will wheels into Lou’s life, Lou is stuck.  Stuck in a comfortable job, in a comfortable relationship, in a comfortable life. Lou really does believe she is happy, but in reality, she has only settled.  Will wants Lou to experience everything life has to offer. In turn, Lou wants to give Will the will to live and show him that he can find happiness.  Lou and Will’s developing relationship was pure perfection.  It was so real.  This was far from love at first sight, but rather, a friendship that evolved into a beautiful love story.

I really enjoyed the other relationships that were explored in Me Before You.  This book gave us crazy parents, the “perfect” sister, and of course, the loser boyfriend.  Lou’s relationship with her parents is complicated.  While there is no doubt that Lou’s parents love her, they also seem to take advantage of her.  Lou’s relationship with her sister was not all butterflies and rainbows either.  It is really clear that Lou has spent her entire life in her sister’s shadow.  Treena is the bright one, the overachiever, the beautiful one, the “normal” one.  Treena can be spoiled and self centered, but in the end, she always has Lou’s back.  Throughout the book there is tension between the two sisters, but when they need each other, they always come together.  This brings us to the loser boyfriend, Patrick.  The self-absorbed jackass.  Patrick won the “character I’d most like to punch in the face” award.  Essentially, all the relationships in this book were dysfunctional, which I can relate to and sympathize with.

Let’s talk about what I loved the most about the plot.  I loved that this book does such a wonderful job of showing the harsh realities of someone who is quadriplegic.    Before reading Me Before You, I never really considered the limitations to someone who is confined to a wheelchair, let alone someone who does not have to ability to use any of their arms or legs.  Being quadriplegic make you entirely dependent upon a caregiver.  This book gave me a whole new perspective on people with physical disabilities.

“Nobody wants you to talk about being afraid, or in pain, or being scared of dying through some stupid, random infection.  Nobody wants to know how it feels to know you will never have sex again, never eat food you’ve made with your own hands again, ever hold your own child.  Nobody wants to know that sometimes I feel so claustrophobic, being in this chair, I just want to scream like a mad-man at the thought of spending another day in it.”

Moyes must have done a lot of research to write such an accurate depiction.  Moyes, thank you for showing those of us who are blessed without physical limitations to see inside the life of those who aren’t so fortunate.  I took away a deep respect for those who are physically disabled and their caregivers.  Want to learn more about Quadriplegia?  I found a great forum here → Spinal Injury Network

Fans of Jodi Picoult will love this book.  This is one those books that centers around a controversial topic and makes you go through conflicted feelings.  In the beginning, you may stand on one side of the issue, however by the end you may change your mind, or at least obtain a better understanding of the opposing viewpoint.  These are my favorite types of books because they really open your eyes to all aspects of an issue.

Chapter 23.  If you have read this book, you know what I’m talking about.  The emotion.  My heart is in my throat just thinking about it.  This is definitely a chapter that I will be re-reading when I need to feel deep emotions.  Just when you think your heart can’t take anymore, you reach the epilogue.  Get the tissues ready!  I actually thought I was going to avoid crying… and I would have if it weren’t for the epilogue!  Darn you heartwarming epilogue!!!   As much as this book is a love story, it also isn’t… At the core, this book is really about life.  About not missing out and living it as fully as possible.  It’s about not taking things for granted and having no regrets at the end of the day.

I thought I would be rushing to the movie theatre after finishing this book, however I find myself hesitant.  I worry that if I go see the movie, it may dull the beauty that is this book.  For the most part, I have heard that the movie does the book justice, however I don’t know that I am ready to take that risk… Also, I am not sure I will read the second book, After You.  I almost wish this book was a standalone instead of a series.  Generally, I am not a huge fan of series, as the subsequent books never seem as good as the first.  I think this book had the perfect ending, and I think I want to keep it that way.

“Am I allowed to be a bit miserable and floppy?  You know, just for today?”

“I needed to tell him, silently, that things might change, grow, or fail, but that life did go on.  That we were all part of some great cycle, some pattern that it was only God’s purpose to understand… A silent promise, if you like, that there was a bigger picture, a brighter future.”

“I just…want to be a man who has been to a concert with a girl in a red dress.  Just for a few minutes more.”

“You only get one life.  It’s actually your duty to live it as fully as possible.”

“I will never, ever regret the things I’ve done.  Because most days, if you’re stuck in one of these, all you have are the places in your memory that you can go to.”

“Sometimes, Clark, you are pretty much the only thing that makes me want to get up in the morning.”

Take my soul Jojo Moyes, but also take ALL THE STARS!!!

» My Sister’s Keeper by Jodi Picoult 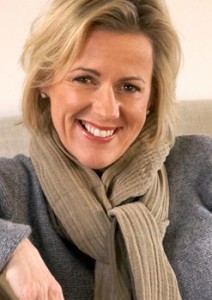 Jojo Moyes was born in 1969 and grew up in London. After a varied career including stints as a minicab controller, typer of braille statements for blind people for NatWest, and brochure writer for Club 18-30, she did a degree at Royal Holloway and Bedford New College, London University. In 1992, she won a bursary financed by The Independent newspaper to attend the postgraduate newspaper journalism course at City University.

Jojo worked as a journalist for ten years, including a year at South China Morning Post in Hong Kong, and nine at The Independent where she worked variously as News Reporter, Assistant News Editor and Arts and Media Correspondent.

Jojo has been a full time novelist since 2002, when her first book, Sheltering Rain was published. Since then she has written a further eleven novels, all of which have been widely critically acclaimed.

Jojo has won the Romantic Novelist’s Award twice, and Me Before You has been nominated for Book of the Year at the UK Galaxy Book Awards. Me Before You has since gone on to sell over 3 million copies worldwide.

For more information about all of Jojo’s novels, please visit the books page here.

Jojo lives (and writes!) on a farm in Essex, England with her husband, journalist Charles Arthur, and their three children.

Have you read this book?  What were your thoughts?

Have you seen the movie adaptation?  Does it do the book justice?

Have or will you read the next book, After You?

19 thoughts on “Book Review: Me Before You by Jojo Moyes”