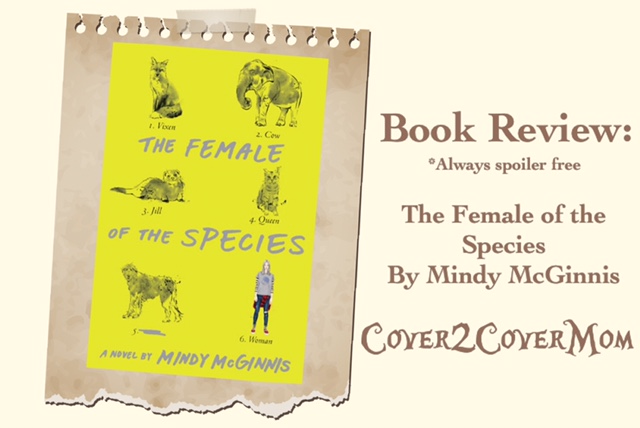 This is the YA novel that I’ve been waiting for.

Alex Craft knows how to kill someone. And she doesn’t feel bad about it. When her older sister, Anna, was murdered three years ago and the killer walked free, Alex uncaged the language she knows best. The language of violence.

While her crime goes unpunished, Alex knows she can’t be trusted among other people, even in her small hometown. She relegates herself to the shadows, a girl who goes unseen in plain sight, unremarkable in the high school hallways.

But Jack Fisher sees her. He’s the guy all other guys want to be: the star athlete gunning for valedictorian with the prom queen on his arm. Guilt over the role he played the night Anna’s body was discovered hasn’t let him forget Alex over the years, and now her green eyes amid a constellation of freckles have his attention. He doesn’t want to only see Alex Craft; he wants to know her.

So does Peekay, the preacher’s kid, a girl whose identity is entangled with her dad’s job, though that does not stop her from knowing the taste of beer or missing the touch of her ex-boyfriend. When Peekay and Alex start working together at the animal shelter, a friendship forms and Alex’s protective nature extends to more than just the dogs and cats they care for.

Circumstances bring Alex, Jack, and Peekay together as their senior year unfolds. While partying one night, Alex’s darker nature breaks out, setting the teens on a collision course that will change their lives forever.

“This is how I kill someone.”

I was completely hooked from the first line of The Female of the Species.  It has been a long time since I’ve been so engrossed in a book.  If I didn’t have to do the whole parenting thing, I would have read this book in one sitting.  It is THAT good.

Set in Ohio, The Female of the Species is a raw and powerful story about a teenage girl named Alex.  You see, Alex is not your typical teen.  There is something burning inside of Alex: rage.  Alex channels this rage to perform a role as a vigilante.  For those who fly under the radar of the criminal justice system, Alex serves up her own form of justice.  Since Alex is “different” from others, she tends to keep to herself.  That is, until she meets Jack and PeeKay.  While the synopsis of this book is technically correct, I don’t feel like it is an accurate depiction of this book.  This book is so much more than it appears to be.

Alex is such a kick ass main character.  I loved her “no bullshit” outlook on life.  Not only do we get to know Alex through her own perspective, but we also get to see her through the eyes of others.  The female of the Species alternates between three perspectives; Alex, Jack, and PeeKay.  When there are more than two perspectives, character development can sometimes suffer, but McGinnis fleshes out three very distinct voices.  Jack and PeeKay’s perspectives do not take away from Alex’s, but rather they enhance it.

Mindy does not soften her depiction of modern day teenagers; alcohol, drugs, sex… all are included in The Female of the Species.  Kuddos to McGinnis for a more realistic representation of what teenagers get into these days.  I kept thinking, “Finally! An author has the grit to be real.”  Teenagers are reckless.  They do stupid things and put themselves in bad situations.  I remember my own teen years and cringe at many of my decisions.

Mindy McGinnis tackles such an important issue that is not typically attempted in YA novels: rape culture.  If things like rape and sexual assault are addressed in YA, it tends to be a “watered down” account.  Mindy does not hold back even though her target audience is YA, but rather she tells it like it is.  Which is, in my opinion, what teens NEED to hear.   In the wake of the Brock Turner case, books like this one in the YA genre are so very important.

One of the most important parts of the book, in my opinion, is a student assembly on sexual assault. Mindy highlights the fact that the overwhelming majority of sexual assault incidents go unreported and goes into the reasoning behind the hesitation of reporting sexual assault.  After this assembly, there is a very open and honest discussion between PeeKay, her friend Sara, and PeeKay’s parents.  I think this was another important aspect to this book.  It is so important for parents and teens these days to communicate.  You want your children to feel comfortable enough to come to you, even with the awkward and difficult things.  It was so refreshing to see a positive and open relationship between a teen and her parents in a YA book.

“You shouldn’t be that way about her,” Alex says. “I hear what people say and I bet half of it isn’t even true. And even if it is – fine. She’s no different from you and me; she wants to have sex. So let her…She likes boys, and she can get them. You were hurt by that, but it wasn’t Branley who hurt you. It was Adam.”

McGinnis shuts down our culture’s tendency of “slut shaming.”  The idea that girls who dress provocatively or engage in casual sex should be shammed for their conduct, but why?  She also goes into the different views society has in regards to the conduct of boys vs. girls.

“But boys will be boys, our favorite phrase, that excuses so many things, while the only thing we have is women, said with disdain and punctuated with an eye roll.”

Can we say double standard?  Pay close attention to Branley’s character.  You may find that in the beginning, it is your natural instinct to not like her, but as time goes on, you may find that your feelings change.  Also make sure to pay attention to Jack’s actions throughout the book.  Does he receive the same backlash that Branley does for the same actions?

The ending…The ending is such a punch to the gut that I felt completely side swiped.  I remember reading the final chapter, closing the book, and then muttering the phrase “holy shit” out loud.  This is what I want from my books, I want them to give me strong emotional reactions and make me think.  McGinnis accomplished both in The Female of the Species.  Bottom line: This is the type of book I would like to see more of in YA.  A book that is honest, raw, and IMPORTANT.  I cannot wait to explore more of Mindy McGinnis’s other books.

Side note: I had the pleasure of listening to Mindy McGinnis participate on a YA panel at the Books by the Banks book festival.  One of the questions presented by the moderator was if YA should be more subdued in content due to the target audience.  Mindy’s response was that teens are good at self monitoring, if they think a topic is too much for them, they won’t read it.  Furthermore she said it is important to include topics like rape and molestation because these things are happening to teens.  I couldn’t agree more.  You can read more about my experience here → Book Event: Books by the Banks Book Festival

Mindy, you are a badass.  You deserve all the stars!

Mindy McGinnis is a YA author who has worked in a high school library for thirteen years. Her debut, NOT A DROP TO DRINK, a post-apocalyptic survival story set in a world with very little freshwater, has been optioned for film my Stephanie Meyer’s Fickle Fish Films. The companion novel, IN A HANDFUL OF DUST was released in 2014. Look for her Gothic historical thriller, A MADNESS SO DISCREET in October of 2015 from Katherine Tegen Books. Mindy is represented by Adriann Ranta of Wolf Literary.

Have you read this book?  What did you think?

Do you think “hard topics” should be watered down in YA?  Why or why not?

Do you have any recommendations of YA books that tackle “hard topics” in a more “real” manner?

39 thoughts on “Book Review: The Female of the Species by Mindy McGinnis”