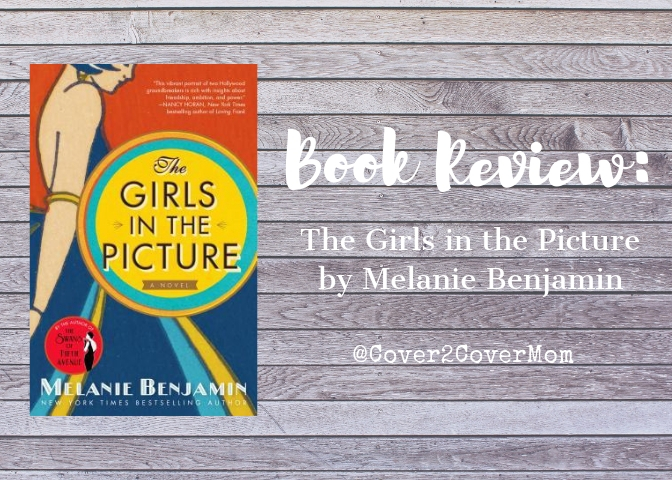 Today I am sharing my review for Melanie Benjamin’s The Girls in the Picture, a historical fiction surrounding the early beginnings of the film industry… 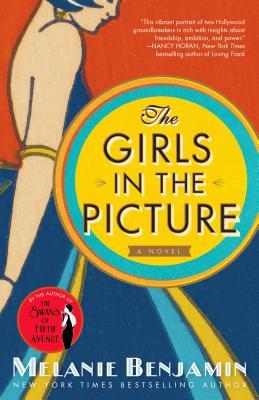 It is 1914, and twenty-five-year-old Frances Marion has left her (second) husband and her Northern California home for the lure of Los Angeles, where she is determined to live independently as an artist. But the word on everyone’s lips these days is “flickers”–the silent moving pictures enthralling theatergoers. Turn any corner in this burgeoning town and you’ll find made-up actors running around, as a movie camera captures it all.

In this fledgling industry, Frances finds her true calling: writing stories for this wondrous new medium. She also makes the acquaintance of actress Mary Pickford, whose signature golden curls and lively spirit have earned her the title “America’s Sweetheart.” The two ambitious young women hit it off instantly, their kinship fomented by their mutual fever to create, to move audiences to a frenzy, to start a revolution.

But their ambitions are challenged by both the men around them and the limitations imposed on their gender–and their astronomical success could come at a price. As Mary, the world’s highest paid and most beloved actress, struggles to live her life under the spotlight, she also wonders if it is possible to find love, even with the dashing actor Douglas Fairbanks. Frances, too, longs to share her life with someone. As in any good Hollywood story, dramas will play out, personalities will clash, and even the deepest friendships might be shattered.

With cameos from such notables as Charlie Chaplin, Louis B. Mayer, Rudolph Valentino, and Lillian Gish, The Girls in the Picture is, at its heart, a story of friendship and forgiveness. Melanie Benjamin brilliantly captures the dawn of a glittering new era–its myths and icons, its possibilities and potential, and its seduction and heartbreak.

Spanning 1914 through 1969, The Girls in the Picture is a sweeping historical fiction about two women pioneers during the beginnings of the film industry: Francis Marion & Mary Pickford.  Mary Pickford, also known as “America’s Sweetheart,” was the “it girl” of early films.  Francis Marion was one of the leading ladies in screenwriting that later went on to win two Academy Awards.

I really enjoyed reading about two women trailblazers in film history.  Both Francis & Mary were very compelling characters.   I appreciated their ambition and drive to achieve their goals.  Mary in particular was a very complex character.  While she wasn’t exactly a likable character throughout the novel, I felt like I understood her motivations and actions based off her backstory.  I’d consider Francis to be the more “down-to-earth” and stable character throughout this story, but that doesn’t mean she was any less interesting.  I was very invested in these two characters.

At its core, The Girls in the Picture is about the friendship between Francis & Mary.  I really enjoyed Francis and Mary’s friendship & business partnership.  Each had their own individual strengths: Francis was passionate & focused and Mary was naturally talented & business smart.  Together they complimented each other well both in their friendship & working relationship.  I enjoyed watching their friendship grow & change over the years through the highs and the lows.  Their friendship felt very realistic, even the lows of their friendship: the jealousy, the competitiveness, the changing dynamics…. Female friendship is complicated, and I feel Melanie Benjamin nailed that here.

I would highly recommend The Girls in the Picture to anyone that is interested in the history of film & film making.  It was truly fascinating to read about the progression of films from short silent clips, to silent films with live orchestras, to full length films with sound.  The film industry seems to have always been very competitive & “cut throat,” which I feel is still very true today. One day you are on top, and the next your career is over.  I really enjoyed reading about the rise and fall of the early key players in the film industry & all the drama that went with it.  It is very clear that Melanie Benjamin did her research and did her best to stay true to these women’s lives & events in film history.

One of my absolute favorite aspects of The Girls in the Picture are all the feminist tones throughout.  History tends to focus more on the white men throughout history, especially in a male dominated field like the film industry.  It was such a breath of fresh air to read about the contributions of women to this industry.  There were so many different feminist topics included in this book: women in the workplace, sexism, double standards of male vs. female actors/actresses, motherhood vs. career aspirations, unrealistic beauty standards, etc.

If you read & enjoyed The Seven Husbands of Evelyn Hugo, I’d recommend this book to you.  While the plot lines are different, they definitely share similar themes & tones.  Also, Mary reminded me of Evelyn in the sense that both women did whatever they had to in order to further their careers, and both were not always likable characters.

I did deduct a half star because there were a few times where the story dragged a bit, but overall this was a very captivating story that I highly recommend.  I’m actually very surprised that this book only has a 3.63 star rating on Goodreads… I’d definitely consider this to be underrated, and encourage readers to give it a go.

*Big thanks to Wunderkind RR & Bantam Books for providing me with a copy of this book in exchange for an honest review.*

Melanie Benjamin is the author of the New York Times and USA Today bestselling historical novels The Swans of Fifth Avenue, about Truman Capote and his society swans, and The Aviator’s Wife, a novel about Anne Morrow Lindbergh. Her latest historical novel, The Girls in the Picture, is about the friendship and creative partnership between two of Hollywood’s earliest female legends—screenwriter Frances Marion and superstar Mary Pickford.

Previous historical novels include the national bestseller Alice I Have Been, about Alice Liddell, the inspiration for Alice in Wonderland, and The Autobiography of Mrs. Tom Thumb, the story of 32-inch-tall Lavinia Warren Stratton, a star during the Gilded Age.

Her novels have been translated in over fifteen languages, featured in national magazines such as Good Housekeeping, People, and Entertainment Weekly, and optioned for film.

Melanie is a native of the Midwest, having grown up in Indianapolis, Indiana, where she pursued her first love, theater. After raising her two sons, Melanie, a life-long reader (including being the proud winner, two years in a row, of her hometown library’s summer reading program!), decided to pursue a writing career. After writing her own parenting column for a local magazine, and winning a short story contest, Melanie published two contemporary novels under her real name, Melanie Hauser, before turning to historical fiction.

Melanie lives in Chicago with her husband, and near her two grown sons. In addition to writing, she puts her theatrical training to good use by being a member of the Authors Unbound speakers bureau. When she isn’t writing or speaking, she’s reading. And always looking for new stories to tell.

Have you read The Girls in the Picture?  If so, what did you think?

Have you read any of Melanie Benjamin’s other books?  If so, which ones?

5 thoughts on “Book Review: The Girls in the Picture by Melanie Benjamin”