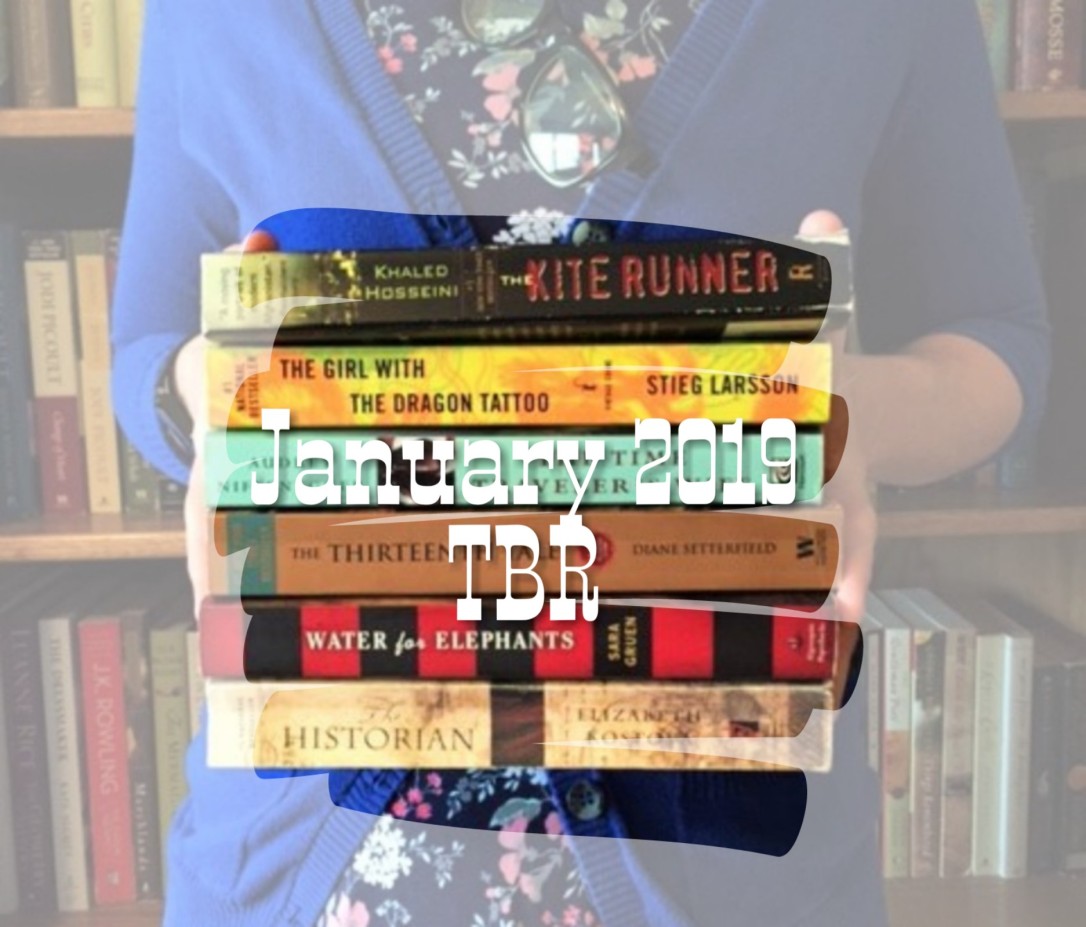 I cannot believe I am sharing my first TBR of 2019!  Crazy right?

I know we are already a few days into the new year, BUT I had all of my end of the year posts to get up this week, so my January TBR got pushed out a bit. 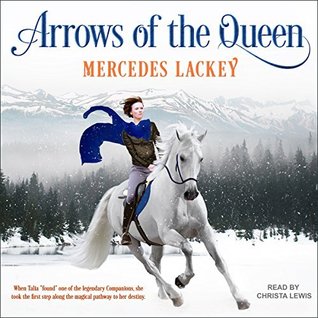 Chosen by the Companion Rolan, a mystical horse-like being with powers beyond imagining, Talia, once a runaway, has now become a trainee Herald, destined to become one of the Queen’s own elite guard. For Talia has certain awakening talents of the mind that only a Companion like Rolan can truly sense.

But as Talia struggles to master her unique abilities, time is running out. For conspiracy is brewing in Valdemar, a deadly treason that could destroy Queen and kingdom. Opposed by unknown enemies capable of both diabolical magic and treacherous assassination, the Queen must turn to Talia and the Heralds for aid in protecting the realm and insuring the future of the Queen’s heir, a child already in danger of becoming bespelled by the Queen’s own foes.

I decided to participate in a read-along with Melanie @Grab the Lapels & Jackie @Death by Tsundoku that centers around reading all the works of Mercedes Lackey… who I actually never heard of before this read-along, but I’m game to give this author a go.  In January, we are reading the first two books in the Herald’s of Valdemar series.  If you are interested in participating, you can read Melanie’s post here ⇒ Announcement: the year-long buddy read of 2019. Mercedes Lackey, here we come! or Jackie’s post here ⇒ #ReadingValdemar : Reading Merecedes Lackey in 2019 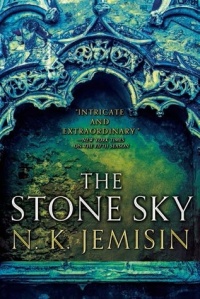 THIS IS THE WAY THE WORLD ENDS… FOR THE LAST TIME.

The Moon will soon return. Whether this heralds the destruction of humankind or something worse will depend on two women.

Essun has inherited the power of Alabaster Tenring. With it, she hopes to find her daughter Nassun and forge a world in which every orogene child can grow up safe.

For Nassun, her mother’s mastery of the Obelisk Gate comes too late. She has seen the evil of the world, and accepted what her mother will not admit: that sometimes what is corrupt cannot be cleansed, only destroyed.

The remarkable conclusion to the post-apocalyptic and highly acclaimed trilogy that began with the multi-award-nominated The Fifth Season.

I am super excited to pick up the conclusion of the Broken Earth series.  I feel like this book is going to be intense and I’m here for it!

***I am already half way through this one & loving every minute***

» Everyone Brave is Forgiven by Chris Cleave

A spellbinding novel about three unforgettable individuals thrown together by war, love, and their search for belonging in the ever-changing landscape of WWII London.

It’s 1939 and Mary, a young socialite, is determined to shock her blueblood political family by volunteering for the war effort. She is assigned as a teacher to children who were evacuated from London and have been rejected by the countryside because they are infirm, mentally disabled, or—like Mary’s favorite student, Zachary—have colored skin.

Tom, an education administrator, is distraught when his best friend, Alastair, enlists. Alastair, an art restorer, has always seemed far removed from the violent life to which he has now condemned himself. But Tom finds distraction in Mary, first as her employer and then as their relationship quickly develops in the emotionally charged times. When Mary meets Alastair, the three are drawn into a tragic love triangle and—while war escalates and bombs begin falling around them—further into a new world unlike any they’ve ever known.

A sweeping epic with the kind of unforgettable characters, cultural insights, and indelible scenes that made Little Bee so incredible, Chris Cleave’s latest novel explores the disenfranchised, the bereaved, the elite, the embattled. Everyone Brave Is Forgiven is a heartbreakingly beautiful story of love, loss, and incredible courage.

» In the Woods by Tana French

As dusk approaches a small Dublin suburb in the summer of 1984, mothers begin to call their children home. But on this warm evening, three children do not return from the dark and silent woods. When the police arrive, they find only one of the children gripping a tree trunk in terror, wearing blood-filled sneakers, and unable to recall a single detail of the previous hours.

Twenty years later, the found boy, Rob Ryan, is a detective on the Dublin Murder Squad and keeps his past a secret. But when a twelve-year-old girl is found murdered in the same woods, he and Detective Cassie Maddox—his partner and closest friend—find themselves investigating a case chillingly similar to the previous unsolved mystery. Now, with only snippets of long-buried memories to guide him, Ryan has the chance to uncover both the mystery of the case before him and that of his own shadowy past.

Richly atmospheric and stunning in its complexity, In the Woodsis utterly convincing and surprising to the end.

Just heard this book series is going to be turned into a TV series!

» The Snow Child by Eowyn Ivey

Alaska, 1920: a brutal place to homestead, and especially tough for recent arrivals Jack and Mabel. Childless, they are drifting apart–he breaking under the weight of the work of the farm; she crumbling from loneliness and despair. In a moment of levity during the season’s first snowfall, they build a child out of snow. The next morning the snow child is gone–but they glimpse a young, blonde-haired girl running through the trees. This little girl, who calls herself Faina, seems to be a child of the woods. She hunts with a red fox at her side, skims lightly across the snow, and somehow survives alone in the Alaskan wilderness. As Jack and Mabel struggle to understand this child who could have stepped from the pages of a fairy tale, they come to love her as their own daughter. But in this beautiful, violent place things are rarely as they appear, and what they eventually learn about Faina will transform all of them.

For some reason I cannot wait to read this.  I came across it a few weeks ago while searching for more winter-ish type books.  I knew once I read the book description, I knew I’d be picking it up!

Which books are on your TBR for January?