A modern retelling of Jane Austen’s Pride and Prejudice?  Sign me up!

This version of the Bennet family and Mr. Darcy is one that you have and haven’t met before: Liz is a magazine writer in her late thirties who, like her yoga instructor older sister, Jane, lives in New York City. When their father has a health scare, they return to their childhood home in Cincinnati to help and discover that the sprawling Tudor they grew up in is crumbling and the family is in disarray.

Youngest sisters Kitty and Lydia are too busy with their CrossFit workouts and Paleo diets to get jobs. Mary, the middle sister, is earning her third online master’s degree and barely leaves her room, except for those mysterious Tuesday-night outings she won’t discuss. And Mrs. Bennet has one thing on her mind: how to marry off her daughters, especially as Jane’s fortieth birthday fast approaches.

Enter Chip Bingley, a handsome new-in-town doctor who recently appeared on the juggernaut reality TV dating show Eligible. At a Fourth of July barbecue, Chip takes an immediate interest in Jane, but Chip’s friend, neurosurgeon Fitzwilliam Darcy, reveals himself to Liz to be much less charming. . . . And yet, first impressions can be deceiving.

I am actually shocked at how much I enjoyed this book – probably one of the more entertaining “chick-lit” books I’ve read over the last few years, BUT this may have more to do with the fact it was a retelling of one of my favorite classics, Pride & Prejudice.  I also may have enjoyed this one more than normal because it is set in Cincinnati Ohio, which is about 1 hour from where I live in real life.  Basically, I may be a little biased here.

I’d call this book a guilty pleasure type of book, or “fluffy” if you will.  You really cannot go into this book expecting a piece of literary gold like the original P&P, but rather think of it as a more modern “watered-down” story inspired by a great classic.  It reminded me of those awful reality TV shows we watch that are mindless drama and entertainment.  Speaking of reality TV, this book includes a reality show where many of the characters end up participating.  I found myself laughing at the “over the top” nature of the show, but with some of the reality shows I’ve seen aired on television, the portrayal probably wasn’t too farfetched.

Judging it from a retelling perspective, I’d say Sittenfeld did a great job staying true to the spirit of the original story while bringing it up to date and adding enough new elements.  I’ve said it a hundred times, good retellings are hard to achieve.  I feel like Eligible is a very balanced retelling.

Much like the original, I enjoyed the family dynamics and the focus on the Bennet sisters and their differences.  If you thought there was family drama in the original P&P, than buckle your seatbelts because Eligible is family drama to the extreme.  I would expect nothing less in a family with FIVE girls.   Also like the original, Elizabeth was my favorite character.  I really felt for her throughout the book.  Being the responsible & level-headed child in the family is exhausting.  Not that I know from experience, just an assumption.

Despite the fact that it was very readable & I enjoyed the retelling aspects, there felt like there were some problematic issues.  I felt like some of the diversity was included for the sake of diversity – a transgender character, a bi-racial couple, a woman who decides to get pregnant via a sperm donor…  While I was happy to see some diversity included in the story, It felt like these characters were thrown into the story provide drama, which didn’t feel right to me.

Another issue that I had with this book was that the final chapter felt oddly placed.  The entire book is told through Elizabeth’s perspective, however the final chapter shifts to one of her younger sister’s perspective.  While I appreciated the insight into that particular character, I didn’t like how the book ended on that note.

Overall, this book was mindless entertainment that succeeded in getting me to chuckle on occasion.  Personally, I like my books with more depth to them, BUT if you are a fan of “chick lit” or need a mindless beach read, then this might be up your alley.

*Big thanks to Random House for providing me with a copy of this book via NetGalley in exchange for an honest review. 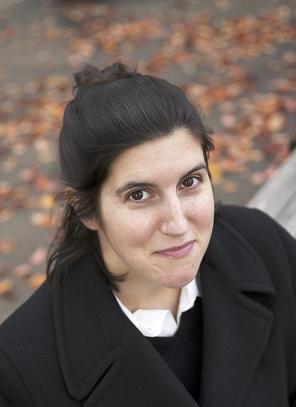 Curtis Sittenfeld is the bestselling author of five novels: Prep, The Man of My Dreams, American Wife, Sisterland,and Eligible. Her first story collection, You Think It, I’ll Say It, will be published in 2018. Her books have been selected by The New York Times, Time, Entertainment Weekly, and People for their “Ten Best Books of the Year” lists, optioned for television and film, and translated into thirty languages. Her short stories have appeared in The New Yorker, The Washington Post, and Esquire, and her non-fiction has appeared in The New York Times, Time, Vanity Fair, The Atlantic, Slate, and on “This American Life.” A graduate of Stanford University and the Iowa Writers’ Workshop, Curtis has interviewed Michelle Obama for Time; appeared as a guest on NPR’s “Fresh Air,” CBS’s “Early Show,” and PBS’s Newshour; and twice been a strangely easy “Jeopardy!” answer.

Have you read Eligible?  If so, what did you think?