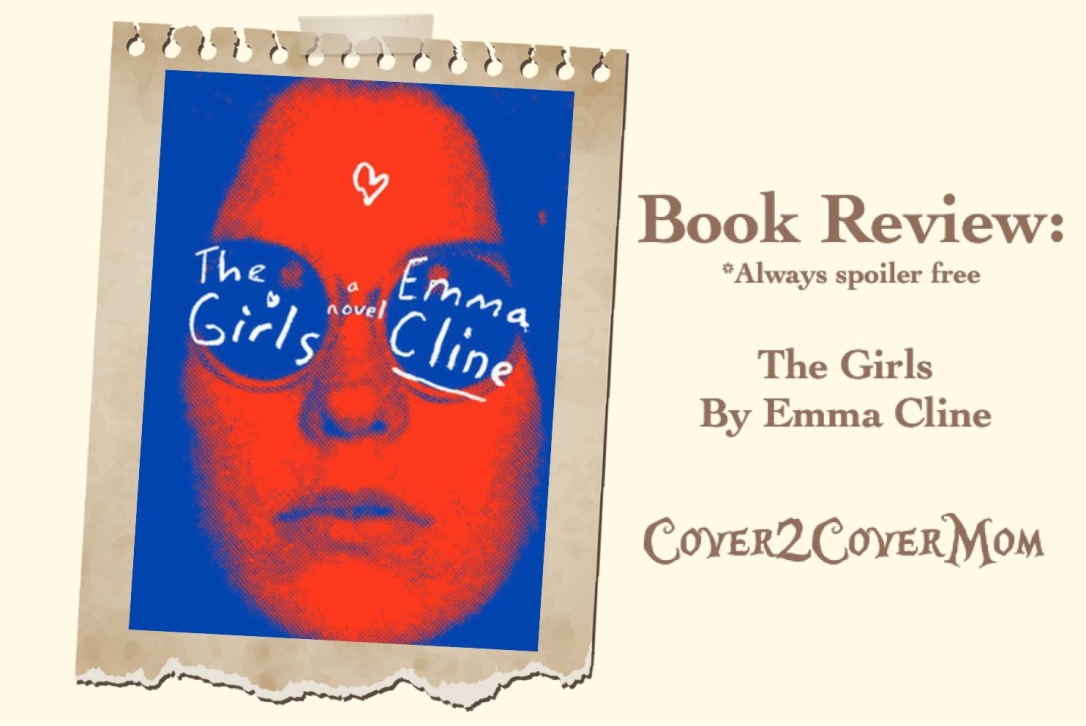 I knew once I read the synopsis for The Girls, I just had to read it.  Coming from a criminal justice background, I was intrigued by the fact that this book is modeled after the infamous Charles Manson case.  I knew I was going to be in for a wild ride… 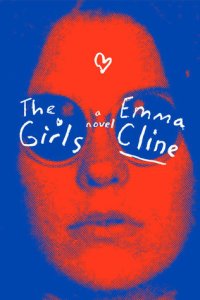 Northern California, during the violent end of the 1960s. At the start of summer, a lonely and thoughtful teenager, Evie Boyd, sees a group of girls in the park, and is immediately caught by their freedom, their careless dress, their dangerous aura of abandon. Soon, Evie is in thrall to Suzanne, a mesmerizing older girl, and is drawn into the circle of a soon-to-be infamous cult and the man who is its charismatic leader. Hidden in the hills, their sprawling ranch is eerie and run down, but to Evie, it is exotic, thrilling, charged—a place where she feels desperate to be accepted. As she spends more time away from her mother and the rhythms of her daily life, and as her obsession with Suzanne intensifies, Evie does not realize she is coming closer and closer to unthinkable violence, and to that moment in a girl’s life when everything can go horribly wrong.

One day, while ridding her bike in the park, Evie sees a group of girls.  She watches the girls cross the park, intoxicated by their energy.  Little did she know that this chance encounter would change her life forever…

At the impressionable age of 14, Evie is searching for the love and attention that she is not receiving at home.  It is no surprise that she would be drawn to Suzanne and the other girls…

She said that the place we were headed was about a way of living.  Russell was teaching them how to discover a path to truth, how to free their real selves from where it was coiled inside them.

The thing that I felt that Cline did so well here was her portrayal of cult culture.  I am not sure why, but there is something about cults and cult culture that is oddly fascinating.  I think it stems from the fact that a “normal person” looking in wonders how these people get sucked into these strange, and often sinister, groups.  Cline was really able to depict how cult leaders prey upon those who are “weak” and make them feel apart of a family.  These people are very charming and charismatic, so these “weak” individuals find themselves drawn to them like a moth to flames…

“You’ll love him,” she said.  “He’s not like anyone else.  No bullshit.  It’s like a natural high, being around him.  Like the sun or something.  That big and right.”

Since this book is modeled after the infamous Charles Manson case, you may THINK you know how it all is going to pan out, but you may find yourself surprised.  I think it actually works better if you are a little familiar with the Charles Manson case going into this book, as it really adds to the tension and foreboding.   I had a pit in my stomach for the majority of this book, knowing how it was going to end and waiting for the “big event.”

The Girls is unlike any book I had ever read before.  It is very dark and seductive, often to the point of discomfort.  While reading parts of this book, I found myself almost feeling guilty for reading it.  It is very difficult to explain… You ever come across a bad accident and find that you cannot look away?  This book felt a little bit like that.  To say this book gave me an uneasy feeling would be an understatement.

There were definitely parts of this book that I enjoyed, but once I reached the end I had very conflicted feelings about this book.  Here are a few reasons why…

The writing through out the majority of the book suited the tone perfectly, however there were a few parts that the writing felt a little odd to me.  Like the writing was forced?   There were some passages I marveled at Cline’s eloquence, but other times her writing had me scratching my head.  I am not sure if this is due to the fact that this is a debut novel, or if I was not accustomed to her particular writing style.

The past and present timelines, for me, didn’t work particularly well.  I think it COULD have worked IF some of the events that happen in the present had any relevance to the plot… I couldn’t figure out if the author was trying to throw the reader off course, or there was some poor editing decisions here.

The ending was very abrupt.  I think it could have been handled a little differently with better effect.  This is not to say that I didn’t agree with how Cline chose to wrap things up for Evie, just that it all felt underwhelming.  It was like the entire book was a huge build up to a big finale, but the finale never comes.  I think had Cline given us more after “the night” it would have helped with the abruptness.  Maybe an epilogue?  I just didn’t feel a sense of closure for Evie.  How did these events effected her as she aged?

Even though I had a lot of problems with the book, I did enjoy it and think it is a worth while read.  I think maybe this book was a little over-hyped for me, so it didn’t exactly live up to my expectations.

“Of course my hand would anticipate the weight of a knife.  The particular give of a human body.  There was so much to destroy.” 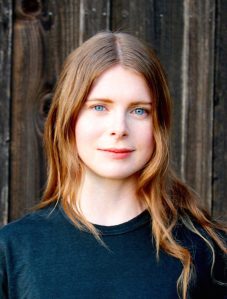 Emma Cline is from California. Her fiction has appeared in Tin House and The Paris Review, and she was the recipient of the 2014 Paris Review Plimpton Prize.

34 thoughts on “Book Review: The Girls by Emma Cline”