I know what you are thinking.

“YOU read a contemporary romance novel?”

YOU’VE GOT MAIL meets HOW TO EAT A CUPCAKE in this delightful novel about a talented chef and the food critic who brings down her restaurant—whose chance meeting turns into a delectable romance of mistaken identities.

In downtown Milwaukee, Wisconsin, Lou works tirelessly to build her beloved yet struggling French restaurant, Luella’s, into a success. She cheerfully balances her demanding business and even more demanding fiancé…until the morning she discovers him in the buff—with an intern.

Witty yet gruff British transplant Al is keeping himself employed and entertained by writing scathing reviews of local restaurants in the Milwaukee newspaper under a pseudonym. When an anonymous tip sends him to Luella’s, little does he know he’s arrived on the worst day of the chef’s life. The review practically writes itself: underdone fish, scorched sauce, distracted service—he unleashes his worst.

The day that Al’s mean-spirited review of Luella’s runs, the two cross paths in a pub: Lou drowning her sorrows, and Al celebrating his latest publication. As they chat, Al playfully challenges Lou to show him the best of Milwaukee and she’s game—but only if they never discuss work, which Al readily agrees to. As they explore the city’s local delicacies and their mutual attraction, Lou’s restaurant faces closure, while Al’s column gains popularity. It’s only a matter of time before the two fall in love…but when the truth comes out, can Lou overlook the past to chase her future?

Set in the lovely, quirky heart of Wisconsin, THE COINCIDENCE OF COCONUT CAKE is a charming love story of misunderstandings, mistaken identity, and the power of food to bring two people together.

During a thrift store excursion, I picked up a copy of The Coincidence of Coconut Cake for $0.99.  It seemed like fate since Amy Reichert was a confirmed author for the Books by the Banks book festival, so that was that.  Contemporary romance or “chick-lit” as I like to call it, isn’t my go-to genre by any means.  Personally, I find that chick-lit lacks depth and substance that I crave from my books.   I am by no means bashing chick-lit, it’s just not my particular cup of tea.  HOWEVER every once in a while I will visit this genre as a nice little break from the “heavy” books I tend to read.  I must say, I was pleasantly surprised with The Coincidence of Coconut Cake.  I found it to be a well written and charming read.

This book has been described as the “foodie” version of You’ve Got Mail, which is a spot on comparison.  If you consider yourself a “foodie,” than you should give this book a shot for the sole reason that Amy is on point with her cuisine game.  I had never read a book that centered around food and cooking before and I must say, it was refreshing.  I am not even particularly interested in the culinary arts, but I found myself engrossed.  Reichert’s descriptions about food and cooking were so well done, I could feel my senses coming alive while reading.  I could smell, hear, feel, and taste all the great foods.  Above all, this book made me hungry.  There should be a disclaimer at the beginning: “Do not read on an empty stomach.”

I also enjoyed the Milwaukee culture woven throughout the book.  I personally have never visited Milwaukee, HOWEVER I feel as if I would fit right in being the Green Bay Packers fan that I am (#GoPackGo).  Reichert wrote about Milwaukee with such detail and enthusiasm, it actually made me want to go for a visit.

What did I love most about The Coincidence of Coconut Cake? I don’t think it is a spoiler to say that my favorite part about this book is the fact that our heroine saves herself, and doesn’t need rescued by a knight in shinning armor.  It was invigorating to read a contemporary novel where the female lead is independent and can fix her own problems and not rely on a man to bail her out.  I also appreciated that Lou’s main problem in the book is not miraculously fixed either.  More often than not, I find that the problem or conflict the character(s) face in chick-lit is unrealistically resolved.

I also love books that include little extras that are relevant to the book, in this case, the recipe for the coconut cake.  I adore little personal touches like this!  I WOULD have attempted the recipe and taken pictures for this blog post, however 1) I suck at cooking/baking and 2) I would have proceeded to eat the entire cake since I love coconut.

((Insert picture of coconut cake that I did NOT make here))

As much as I enjoyed this book, there were a few drawbacks for me, particularly with the romance portion of the book.  I appreciated that this was NOT instalove, but rather a friendship that slowly blossomed into more, HOWEVER I cringed at the lies and omissions that their relationship was based upon.  I really can’t say too much without spoiling it, but I think a few slight changes in this part of the storyline could have rectified my minor complaints.

As I mentioned earlier, I read this as part of my BBTB book festival TBR.  I got the chance to meet Amy at the festival and have my copy of The Coincidence of Coconut Cake signed.  She was an absolute delight.  You know those bubbly people who brighten up a room?  Amy is one of those types of people.  I only wish I would have been able to attend the author panel that she participated in, but unfortunately it was during the same time slot as Jenny Lawson’s author spotlight. 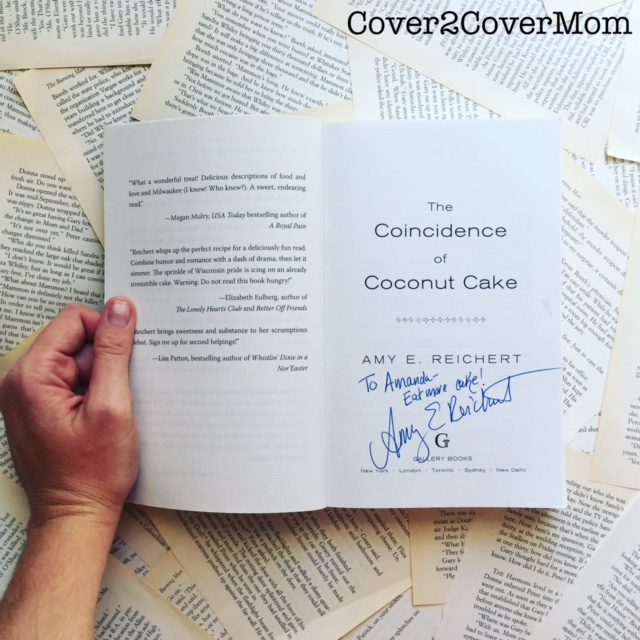 Overall, I found this to be a delectable read.  Still on the fence?

Read this book if…

»you have any interest in cooking and cuisine

» you enjoy learning about local culture and customs 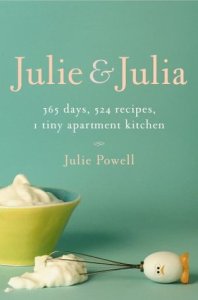 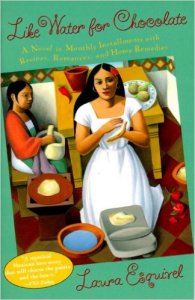 Amy E. Reichert, author of THE COINCIDENCE OF COCONUT CAKE and LUCK, LOVE & LEMON PIE, loves to write stories that end well with characters you’d invite to dinner. A wife, mom, amateur chef, Fix-It Mistress, and cider enthusiast, she earned her MA in English Literature and serves on her local library’s board of directors.

25 thoughts on “Book Review: The Coincidence of Coconut Cake by Amy Reichert”