We came back from vacation yesterday, so it’s back to reality for me.  It was nice to get away for a few days and just do nothing.  I really needed a recharge.

Anyways!  I recently began participating in a weekly meme called Top 5 Wednesdays (T5W).  If you are interested in learning more, you can visit the T5W Goodreads Group.  This weeks theme is your least favorite books in your favorite series.  Since I tend to read more stand alone books and not as many series, I changed it to my least favorite books in a series. Here are my picks…

I was not a huge Twilight fan to start with, but I disliked New Moon the most.  The entire book was Bella agonizing over Edward leaving her… This book just rubbed me the wrong way.  I understand she was heartbroken, but really?  Going into a deep depression for months, isolating herself from friends and family, and participating in reckless behavior to numb the pain?  Yeah, not the best example for the young girls who were obsessed with these books…

I enjoyed Divergent, but as I continued to read the series, it went downhill for me.   I actually almost didn’t finish this book.  I didn’t mind how the book ended, but I felt a lack of emotion and depth from the characters by this point, so I no longer felt that connection with them. 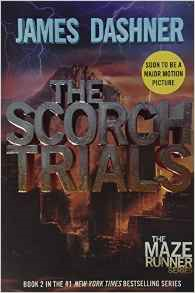 Here is another example of a series that I enjoyed the first book, but didn’t exactly care for the following books.  I remember reading The Scorch Trials and it just being ok.  Things picked up for me in the third book, however I didn’t care for ending. 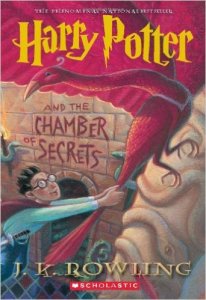 Like everyone else in the free world, I adored the Harry Potter series.  Not that I disliked it, but The Chamber of Secrets was probably my least favorite.  I remember my Aunt buying a copy of the first three books for me and my brothers.  Being the middle kid, I had to wait to read them until after my older brother had his turn.  I can’t imagine what it must have been like for my younger brother to have to wait for 2 people to read them before him.  The first book was released when I was in grade school, and by the time the 7th was out, I was in college.  I grew up with Harry.  He will always have a special place in my heart.  Actually, I am WAY overdue for a re-read of this series… its probably been 8 years since I’ve read these books.  I am ashamed to admit I’ve only read them twice.

What are your top 5 least favorite books in a series?  Feel free to comment and link your T5W post!

10 thoughts on “Top 5 Wednesday! Least Favorite Books in a Series”